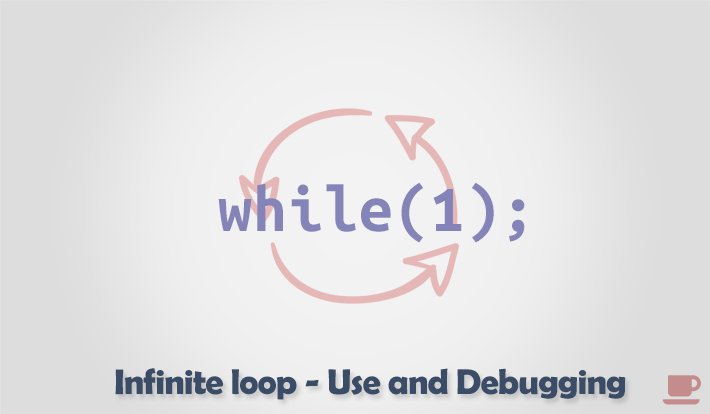 When to use an infinite loop?

In programming, infinite loop plays a significant role. When a programmer wants an application to do same task repeatedly forever. He must use infinite loop for the purpose.

Nearly all applications are in infinite loop, that accept user input continuously, process the input and generate some output until user manually exit from the application.

Implement an infinite loop in your program, if your program does some task repeatedly and the loop termination condition is not known prior to the developer. For example – accept user input, processes the input and generate some output until user manually terminate the program.

There are numerous ways to write an infinite loop. Here I am listing some of the general preferred infinite loop structures. You can use any of the below approach to define infinite loop.

All parts of a for loop is optional. In the above loop structure there is no condition to check and terminate the loop. Hence, the loop iterates indefinitely.

In above program the goto statement transfer program control indefinitely to the infinite_loop label.

This is little tricky but one of my favorite. It defines a constant FOREVER. All occurrences of FOREVER in the program is replaced by the constant value i.e. for(;;) during the C compilation process.

When using infinite loop, you must use conditional break statement inside the loop, to terminate on user choice. For example –

How to debug unintentional infinite loops?

Below are some debugging measures must be taken by novice programmers in the process of tracing unintentional infinite loop.

Still puzzled with infinite loops write down your queries in down below in comments section. Or practice exercises on loops to learn where and how to use infinite loops.